The mission of the Minerals Council

A key role of the organisation is to facilitate interaction among mining employers to examine policy issues and other matters of mutual concern to crystallise and define desirable industry standpoints. A variety of initiatives are in place to promote collaboration between members. Consultation and collaboration are voluntary and never encroach on the autonomy of members.

The Minerals Council also acts as a principal advocate for mining in South Africa to government, communicating major policies endorsed by its members. A further vital function of the organisation is to represent some sectors in collective bargaining with organised labour.

The Minerals Council's vision is to reposition the South African mining sector as South Africa's fore-most industrial sector. The Minerals Council seeks to create, in partnership with key stakeholders, a conducive policy, legislative and operating environment that facilitates doubling real investment in mining by 2030.

This is an industry strategy, and the Minerals Council is a respected mining advocacy organisation that works through trust-based, problem-solving partnerships to engineer this positive turnaround in the mining industry.

Achieving this vision will be a game changer for the country and its ability to achieve the National Development Plan (NDP) objectives to improve South Africa's economic growth, developmental and transformation vision as outlined in the NDP.

The Minerals Council has undergone a number of name changes in its history which coincide with mining and political developments in South Africa.

The Minerals Council continuously looks for ways to advance the position of and make improvements in the South African mining industry and participates in various initiatives and projects in areas relating to health, education, policy and regulations. See departments on our website.

Roger Baxter joined the Minerals Council (then Chamber of Mines of South Africa) in 1992 and was appointed CEO in 2015. He has 27 years of high-level advocacy and strategy experience in the business and mining sectors, within a working career of 30 years. He was involved in the first mineral policy discussions with the ANC in 1992 and has participated in (and often led) discussions on all aspects of mining, economic, investment, transformation and tax policy with government. He previously chaired the Busa Econpol and Growth Task Team. Roger has played a key leadership role in rejuvenating the Chamber brand to the Minerals Council South Africa, in refreshing and repurposing the Minerals Council, and brings material leadership, governance, strategy, investment and transformation skills to the table. He is a member of the Minerals Council Board, the Busa Board, and the Board of TEBA Trust; and chairs the World Platinum Investment Council. He is vice-chairman of both the International Associations Working Group within the International Council on Mining and Metals and the Mining Industry Association of Southern Africa. 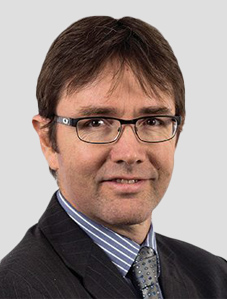